According the most recognized newspaper in the World, on its January 6, 2012 publication, listed Panama as its number #1 option out of a list 45 World Wide Touristic locations to visit in 2012:

1. PANAMA, Go for the Canal. Stay for everything else.  It’s been 12 years since Panama regained control of its canal, and the country’s economy is booming. Cranes stalk the skyline of the capital, Panama City, where high-rises sprout one after the next and immigrants arrive daily from around the world. Among those who have landed en masse in recent years are American expatriates and investors, who have banked on Panamanian real estate by building hotels and buying retirement homes. The passage of the United States-Panama free trade agreement in October is expected to accelerate this international exchange of people and dollars (the countries use the same currency).

Among the notable development projects is the Panama Canal itself, which is in the early stages of a multibillion-dollar expansion. The project will widen and deepen the existing canal and add two locks, doubling the canal’s cargo capacity. For those who want to see the waterway as it was originally designed, now is the time. The expansion is expected to be completed by 2014, the canal’s 100-year anniversary.

Other high-profile projects include the construction of three firsts: The Panamera, the first Waldorf Astoria hotel in Latin America (set to open in June 2012); the Trump Ocean Club, the region’s tallest building, which opened last summer; and Frank Gehry’s first Latin American design, the BioMuseo, a natural history museum scheduled to open in early 2013. Even Panama City’s famously dilapidated historic quarter, Casco Viejo, has been transformed. The neighborhood, a tangle of narrow streets, centuries-old houses and neo-colonial government buildings, was designated a Unesco World Heritage site in 1997 and is now a trendy arts district with galleries, coffeehouses, street musicians and some of the city’s most stylish restaurants and boutique hotels.

Across the isthmus, on Panama’s Caribbean coast, the Bocas del Toro archipelago has become a popular stop on the backpacker circuit, with snorkeling and zip lining by day and raucous night life after dark. FREDA MOON 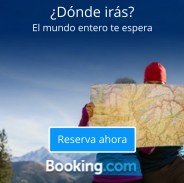 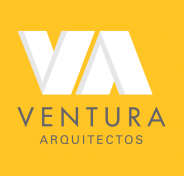